Alpine is a new music project developed by the French multi-instrumentalist and producer Andy Favre. He is best known for winning the Insomniac Discovery project and performing in front of thousands of people at festivals such as DadaLand: The Voyage (opening for Dada Life) , the Fire Mix Party (France) or Nocturnal Wonderland (California).

Andy moved to Los Angeles to study film and his passion for music led him to score various projects. Yet, he wanted to introduce his work to a live audience through performance. Combining the orchestral elements of film scores along with electronic instruments (drums, keyboards, accordion, lights) into his DJ set, this is how Alpine’s epic EDM show came to life.

The Alpine project was launched in September 2012. A week after launching, Alpine won the Insomniac Discovery Project and performed at Nocturnal Wonderland alongside with Alesso, Pretty Lights, Axwell, Benny Benassi and many others… 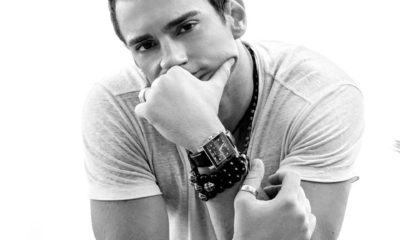